Graduated in 2001 in Computer Engineering at the University of Pavia.
From 2015 consultant at Eucentre with the role of software architect.
He deals with the definition of the architectures and development of web-based GIS applications and “Designa”, software for the management of emergencies for the Civil Protection Department.

Previous work positions:
2014-2015 Ariadne
He has worked on the development of enterprise web portals on the Liferay platform
2012-2014 Fieramilano s.p.a.
He has developed online ticket purchasing and management systems for internal use
2006-2012 Consorzio di Bioingegneria e Informatica Medica
He has developed software in use at leading Italian hospitals, and integrations with the health information system of the Lombardy Region.
2003-2006 Ariadne (Pavia)
He has worked on the development of web portals and systems integration.
2002 EniData s.p.a.
He implemented optimization algorithms for plant maintenance cycles
2000-2002 Dialogos 3
He worked as a software designer on web applications

Expertise:
He has competences on the main programming languages ​​and on the main databases. 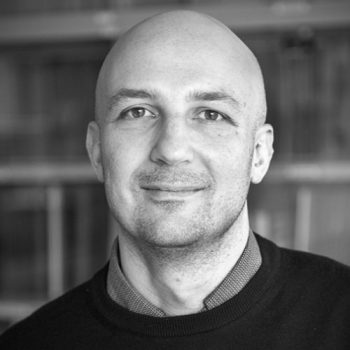