Maria Pia Scovenna took her degree in civil engineering at the University of Pavia in 2002.
She worked from 2002 to 2004 at the Materials and Structures Testing Laboratory of the Department of Structural Mechanics of the University of Pavia, dealing with experimental tests in the laboratory and in situ.
In 2001 she collaborated in the drafting of the definitive structural project of the Department of Emergency and Acceptance (DEA).
In 2003 she collaborated in the design and construction management of the Eucentre Laboratory building and related test facilities, in 2006 she participated in the design of the Eucentre building used as offices and multimedia classroom.
Also in 2006 she was a collaborator for the structural design of the restructuring works of the Collegio Cardinale Riboldi and the Santi Giacomo e Filippo church in Pavia.
Since 2005 she has been a technologist at the TREESLab laboratory in Eucentre, since 2008 as technical manager for pseudo-static tests.
In April 2009 she took part in the evaluation of buildings after the L’Aquila earthquake.
Maria Pia deals with experimental laboratory tests and experimental tests in situ. 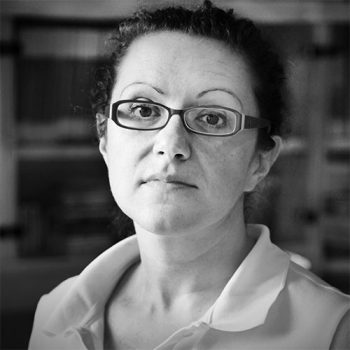