She joined Eucentre in September 2004 after spending a long period abroad. She covers a Head Researcher position and is Head of Risk Scenarios Department.
She graduated in Civil Engineering with Structures specialisation in July 1995.
The same year she started a PhD in earthquake engineering at “Politecnico di Milano”, where she was conferred the title of Doctor in Earthquake Engineering in February 1999.
After the PhD she spent 10 months at Imperial College London as a Post Doctorate, followed by a two years appointment as a Senior Engineer at EQE International ltd. (actually ABS Consultancy) in the UK, and finally from 2002 to 2004 she worked as a Stress Analyst for WTI GmbH in Jülich, Germany.
Her main research interests are (i) evaluation of earthquake risk at urban or regional scale of structures and infrastructures, (ii) implementation of mechanics based methods for the definition of seismic vulnerability, (iii) modelling of behaviour of structures subjected to seismic loads, (iv) implementation of simplified analysis methods to be adopted when detailed analyses cannot be afforded for lack of data or to heavy computational effort. 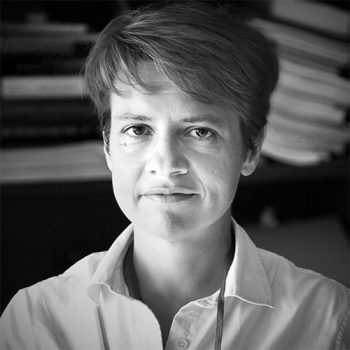