Earthquakes and natural disasters have always been a characteristic of the Italian territory, as well as of many other regions of the planet.
The impossibility of predicting with certainty an earthquake and its energy makes necessary to activate all the processes aimed at limiting the damage caused to buildings, to people, to everything of value to the territory. In 2001, the Rose School for higher education in the mitigation of natural risks was established in Pavia.
In 2002, the earthquake of San Giuliano caused too many young victims and the Department of Civil Protection reconstituted the Major Risks National Committee with the task, among others, to define recommendations for the reduction of seismic risk.
Consequently, in 2003 the Eucentre Association and the ReLUIS network of university laboratories were established both with the aim to study the effects of seismic ground shaking on buildings and damage reduction methods.
In 2005 the Eucentre laboratory (today Shake-Lab) was inaugurated and the Association became a Foundation. From that moment on the development path of the Eucentre Foundation began, thanks to the active collaboration with the Founders, with the territory, with other national and international stakeholders and with many research partners.
The Eucentre Foundation, based in Pavia, is a non-profit organization that promotes and develops research and training in the field of risk reduction, in particular seismic.
The creation of Eucentre took place in 2003, on the initiative of the following founding members: Dipartimento della Protezione Civile Nazionale, Università degli Studi di Pavia, Istituto Nazionale di Geofisica e Vulcanologia (INGV), Scuola Universitaria Superiore Pavia (IUSS). 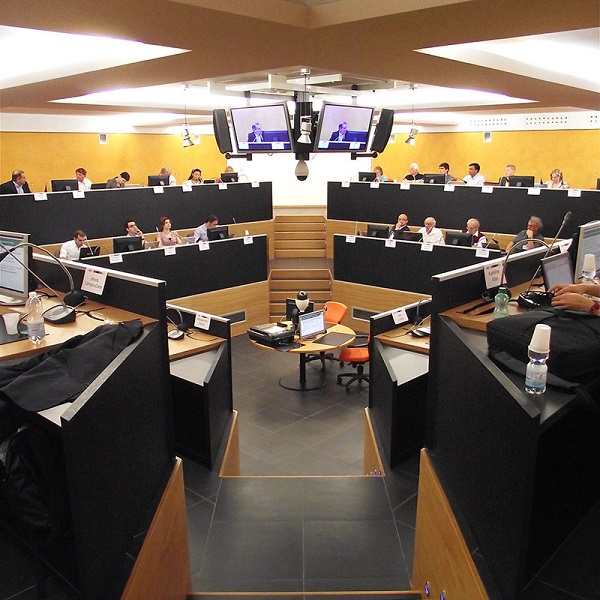 Some important dates are:

The first edition of the Rose Prize is awarded to Nigel Priestley, the ROSE School co-founder after whom the prize is now named.

Eucentre supports the Department of Civil Protection in the realization of the C.A.S.E. project following the L’Aquila earthquake. Eucentre wins the hosting of the Secretariat of the GEM Foundation (Global Earthquake Model) an initiative of the OECD.
The first issue of the journal Progettazione Sismica is published.

The UME (Understanding and Managing Extremes) School is created, expanding the fields of the Rose School.

The Nascimbene section of the College is inaugurated, thus increasing the hospitality offer for students, professors and researchers.
Eucentre supports the Department of Civil Protection in the post-earthquake emergency of Emilia Romagna.

Eucentre participates in the establishment of the Foundation Cluster Technologies for Smart Cities & Communities – Lombardy.
Eucentre stipulates a multiyear contract with the NAM Consortium (Shell and ExxonMobil) for the characterization of the seismic response of buildings in the Groningen area (NL).

Eucentre participates in the constitution of the SPONSE Association (International Association for the Seismic Performance of Non-Structural Elements).

Eucentre supports the Department of Civil Protection in the post-earthquake emergency of Central Italy.

Eucentre inaugurates the new laboratory with a 6 degrees of freedom simulator for tests on nonstructural elements and the new mobile laboratory for in situ tests.
The internal structure of the Foundation is reorganized with the creation of new Departments.