The CAR College auditorium is located in the renovated spaces of the Church of St. Giacomo and Filippo.
The existing building stands on the site of a Romanesque church, already documented in 1232. It was rebuilt from 1626 by the congregation of the clerics of Our Lady of the Assumption and St. Siro who had their seat there since 1619. The congregation supported and spread the values of counter-Reformation, undertaking the building of churches in conformity with new dictates.
Therefore the former building was knocked down and raised again, a project which was initially in hands of painter and architect Giovanni Battista Tassinari. Recently, some archives however indicate Francesco Maria Ricchino – master of XVI century l iombardy architecture – as the real architect, because the façade of the Church shows several details used by the latter in his other projects. The façade displays a chromatic alternation between the yellow plaster and the red colour of mouldings and friezes. Horizontally divided in two parts, the front is crowned by a red frame containing a cartouche. The bell-tower leans against the left side of the building.
The inside of the church has a single nave and is richly embellished with stuccos and marbles. It has altars decorated with statues, stuccos with dropping flowers and fruits and capitals with angel heads. It also contains works of relevant artists from the XVI and XVII centuries: an altar piece of Montalto with the Assumption of the Virgin; side paintings with the Annunciation and the Adoration of the Three Kings are respectively the works of Montalto and Pietro Micheli; also from Micheli there is the Sermon of S. Vincenzo di Paoli; from a late XV century Pavian artist there is apiece with our Lady of Mercy.
After several periods of closure, the Church of st. Giacomo and Filippo, completely restored and transformed into an Auditorium, supports the CAR College aim of being more than a residence for students, fulfilling a central role in the cultural-academic life of Pavia. The structure hosts events organised by the UME School and the Eucentre, but it may also host external events such as exhibitions, seminars and conferences. The unique characteristics of this structure are based on the fact that its atmosphere of architectural baroque values hosts an Auditorium with the most modern audiovisual equipment and a capacity of 100 seats. 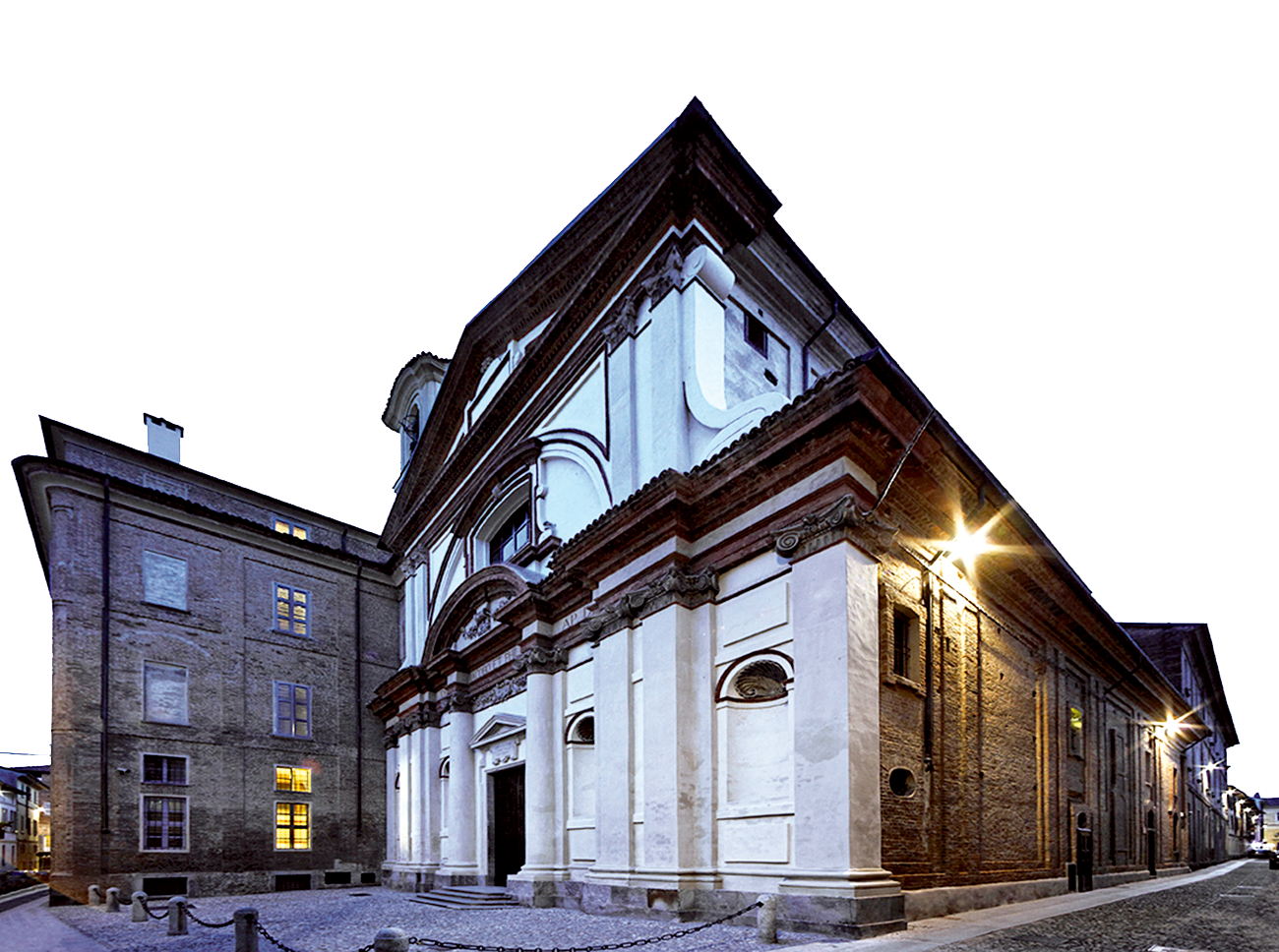 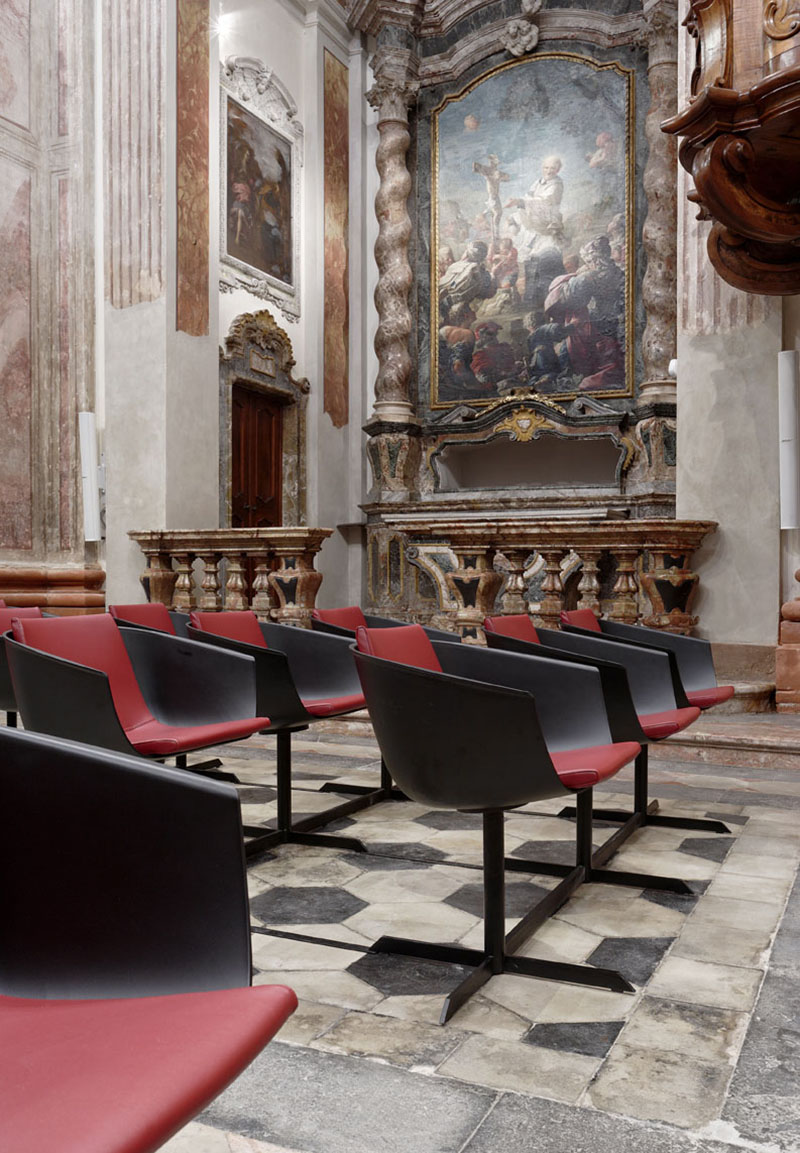 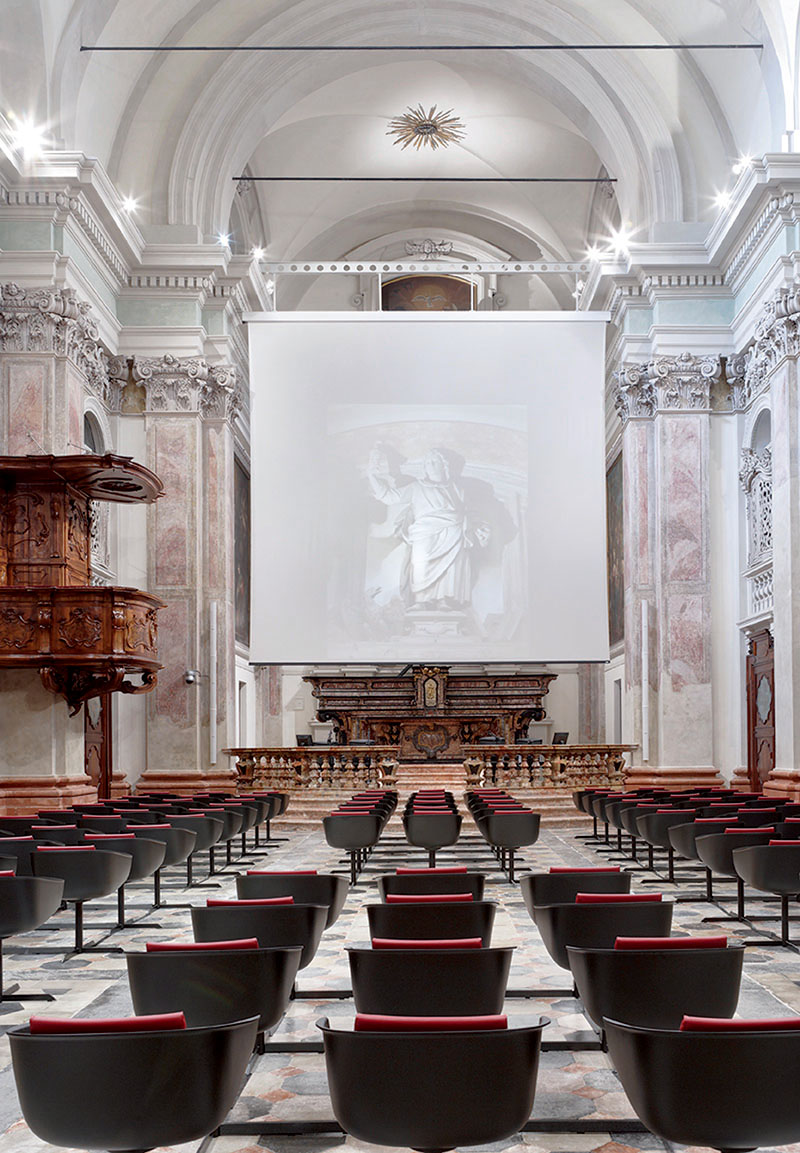 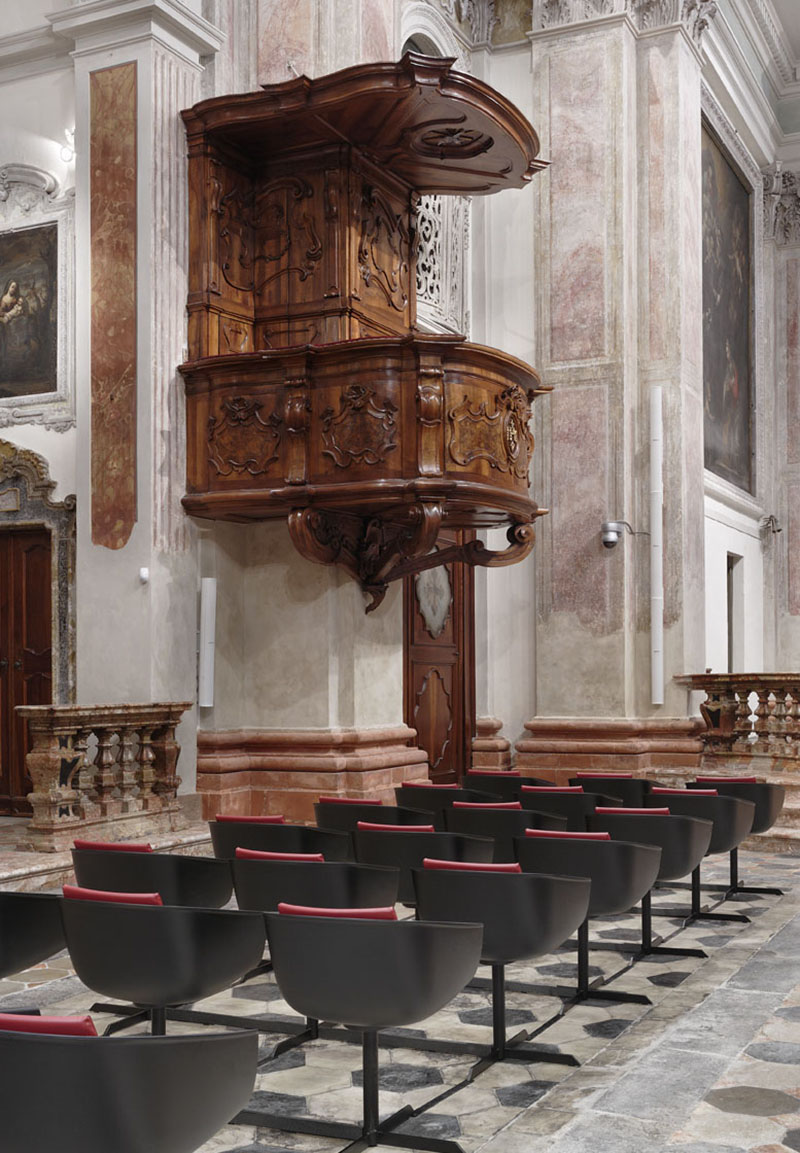 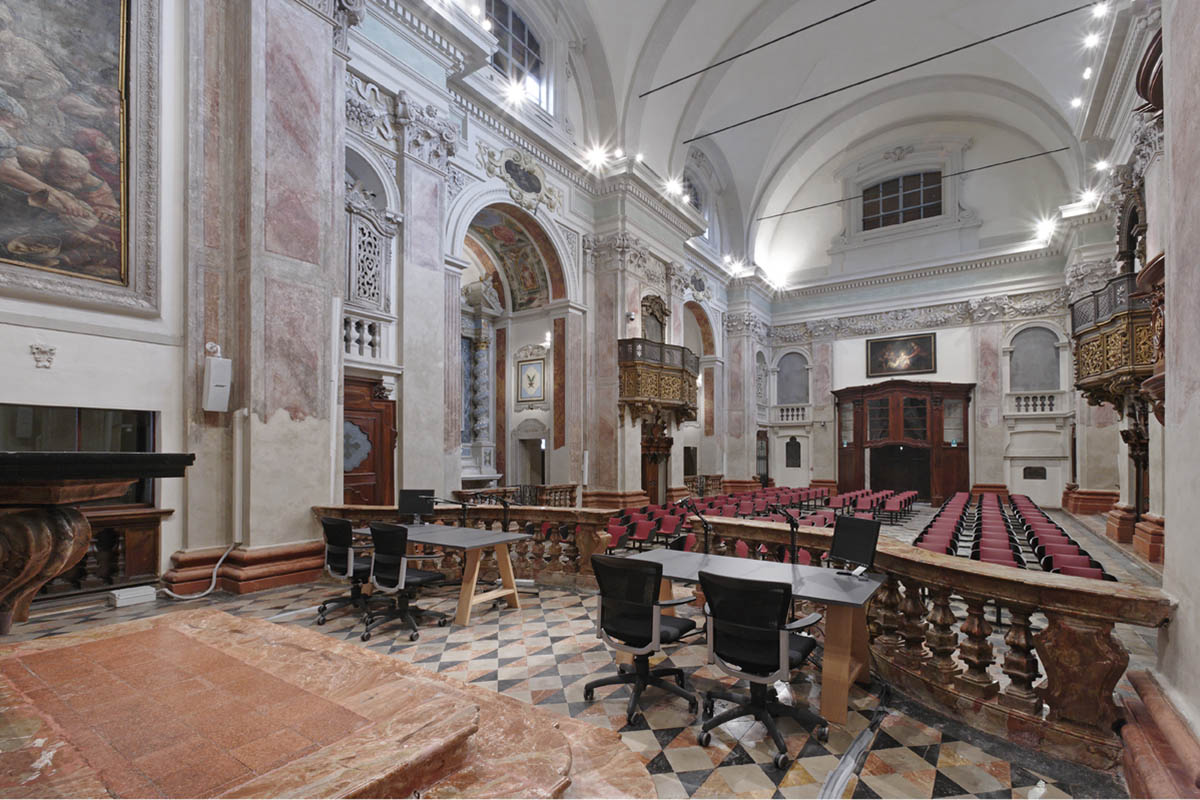 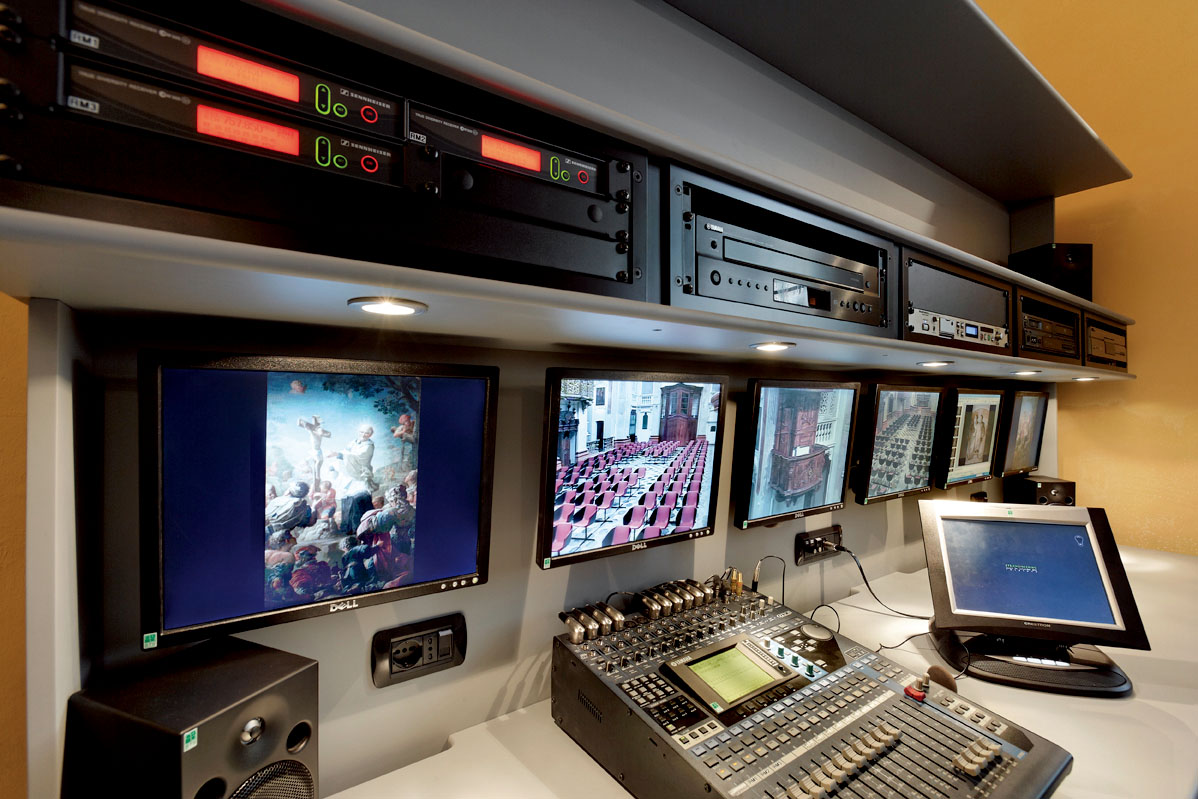 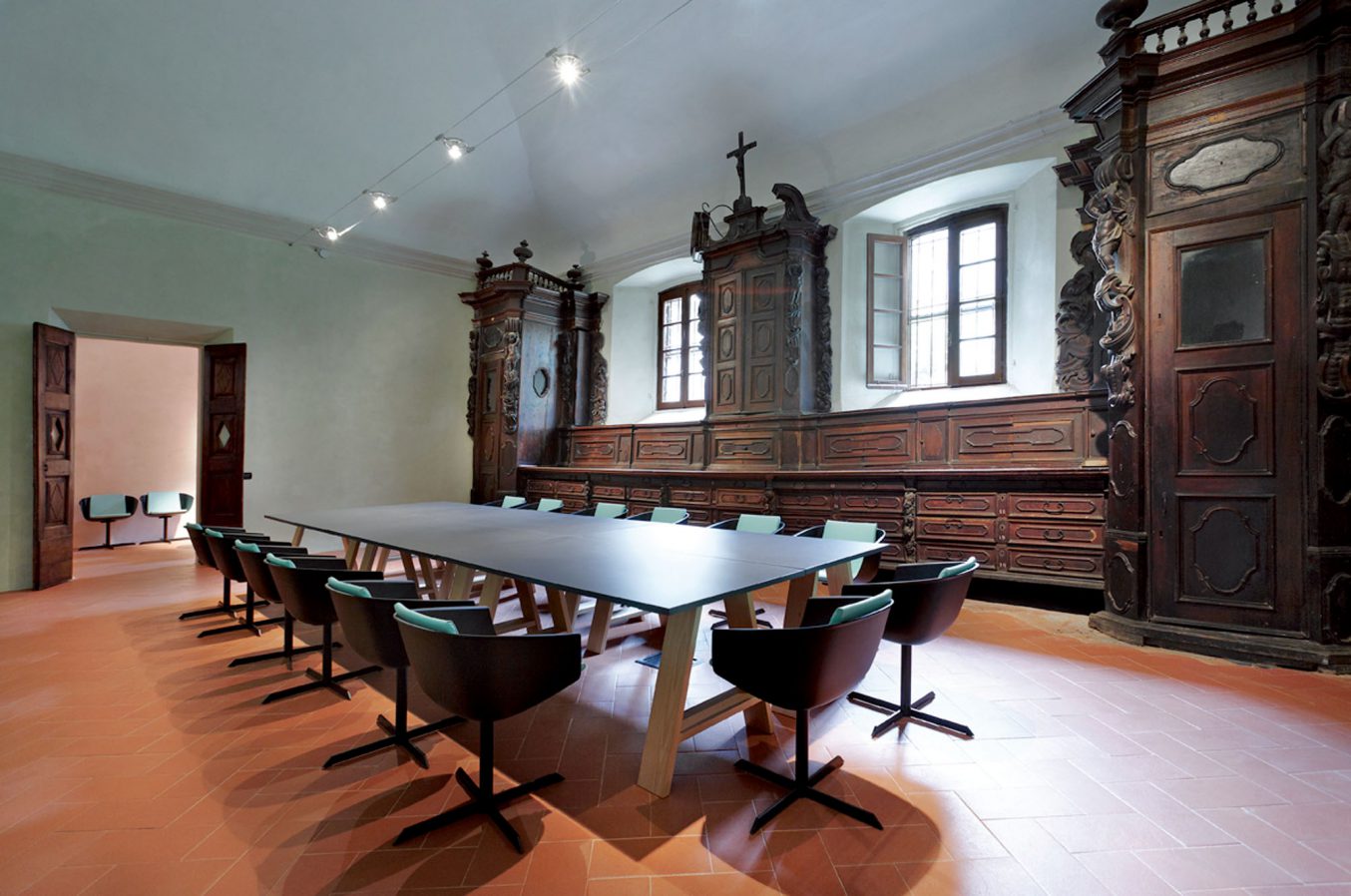